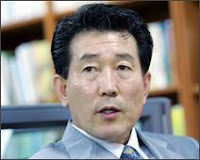 Chun Ki-won, director of the Seoul-based Durihana Mission group that arranged the defections earlier this week of 12 North Koreans to the U.S. _ the largest such group in recent times _ said similar preparations were under way in five southeast Asian countries to arrange refugees' travel to the U.S.

Chun also said his group was aware of about 420 other North Koreans who are hiding in the region and awaiting asylum in South Korea.

A small but growing number of North Koreans are seeking asylum in the U.S. after Washington passed the 2004 North Korea Human Rights Act, which mandates assistance to refugees fleeing the North. However, activist groups have criticized Washington for being slow to offer help to refugees.

The latest arrivals Wednesday of 12 defectors raises to 31 the number of North Koreans to have recently sought refuge in the United States.

On Thursday in Washington, the U.S. envoy on North Korean human rights, Jay Lefkowitz, said he expects the number of North Korean refugees coming to the U.S. to increase. 'We impose no quota or limit on the number we are willing to accept,' he said at a Congressional hearing.

It is not known how the latest defections could affect the nuclear agreement, although the North is highly sensitive to criticism of its human rights record and treats it as a thinly veiled attack on the regime.

[Excerpt of an AP article by Kwang-Tae Kim]
Posted by Grant Montgomery at 1:25 AM