U.S. congressmen have simultaneously introduced a bill to the Senate and the House of Representatives to step up humanitarian support for North Korean orphans adrift in third countries and promote adoption in American homes. The bill is highly likely to pass since it is sponsored from both sides of the House.

Senator Sam Brownback (R-Kansas) and Rep. Ed Royce (R-California) filed the bill urging the U.S. government to "establish pilot programs that identify and provide for the immediate care of, and assist in the international adoption of, orphaned North Korean children."

The bill calls on the government to deal pro-actively with thousands of stateless North Korean children in third countries and urges the administration to work out humanitarian support programs for them and report back to Congress.

Posted by Grant Montgomery at 6:02 AM No comments:

A New York Times article highlights the use of cell phones in North Korea. North Korea, formerly impenetrable information-wise, is facing networks of its own citizens feeding information about life there to South Korea and the world at large.

The networks are the creation of a handful of North Korean defectors and South Korean human rights activists using cellphones to pierce North Korea’s near-total news blackout. The cell phones work on China’s cellular networks, so they operate only within several miles of the Chinese border. Because North Koreans cannot travel freely in their country, Web sites are likewise forced to depend mostly on people who live near China.

The work is risky. Recruiters spend months identifying and coaxing potential informants, all the while evading agents from the North and the Chinese police bent on stopping their work. The North Koreans face even greater danger; exposure could lead to imprisonment — or death.

The result has been a news free-for-all, a jumble of sometimes confirmed but often contradictory reports. But the fact that such news is leaking out at all is something of a revolution for a brutally efficient gulag state that has forcibly cloistered its people for decades even as other closed societies have reluctantly accepted at least some of the intrusions of a more wired world.

Informers’ phoned and texted reports are posted on Web sites. These Web reports have been especially eye-opening for South Koreans, providing a rare glimpse of the aptly named Hermit Kingdom untainted by their own government’s biases, whether the anti-Communists who present the North in the worst light or liberals who gloss over bad news for fear of jeopardizing chances at détente.

Posted by Grant Montgomery at 8:27 AM No comments:

North Koreans who have recently fled to China say many of their fellow citizens are losing faith in the regime of Kim Jong Il after a disastrous currency revaluation that wiped out savings and left food scarcer than at any time since the famine of the mid-1990s, when millions died.

"People are outspoken. They complain," said a 56-year-old female defector from the border city of Musan who gave her name as Li Mi Hee. Lowering her voice to a whisper, she said, "My son thinks that something might happen. I don't know what, but I can tell you this: People have opinions. ... It is not like the 1990s when people just died without saying what they thought."

Li was one of several North Korean women from different parts of the country interviewed this month near the border with China. They told of panic in the wake of the bungled economic move, which left even a staple such as rice in the hands of black marketeers and sent the communist government scrambling to repair the damage.

"The whole economic structure has collapsed because of the currency reform," said James Kim, president of the Yanbian University of Science and Technology in Yanji, China, who is in the process of setting up a similar school in Pyongyang, the North Korean capital. "It is a very difficult situation for them. ... It might end up being worse than the 1990s."

68-year-old Kim Jong Il, reportedly suffering the effects of a stroke, is expected to hand the reins of power to his youngest son, Kim Jong Un. In the last few months, officials of the ruling Korean Workers' Party have been quietly told that the younger Kim is the designated successor; many expect his photograph soon to be hung next to the mandatory portraits of Kim Jong Il and his father, Kim Il Sung.

"If his father is doing such a bad job, what can we expect of his son?" Li said.

Trying to deflect public anger, the government reportedly executed the senior bureaucrat who was the architect of the currency revaluation. South Korea's Yonhap news service reported Pak Nam Ki, 77, chief of planning and finance for the Korean Workers' Party, had been shot by a firing squad in Pyongyang after being charged with "deliberately ruining the national economy."

"They apologized, but it didn't do us any good. People already had lost all their money," said Song Hee, a 17-year-old from Musan who fled last month. "My friends would leave too if they could. They see no future in North Korea," Song Hee said nervously.

Posted by Grant Montgomery at 9:34 AM No comments:

Chosun Ilbo reports that Aijalon Mahli Gomes, an American facing trial in North Korea, may have been inspired to enter the country by the incursion of a fellow American Robert Park just four weeks earlier. The two were friends.

Pyongyang says Gomes illegally entered the country from China on January 25. That was one month after Robert Park made his Christmas Day entry to North Korea, preaching a Christian message and drawing attention to North Korean repression of human rights. North Korea released Park last month.

In an e-mail from a spokesman, Park describes Gomes as one of his "closest friends" and says he plans a hunger strike in his support. Both Park and Gomes are connected to Pax Koreana, a Christian activist group in Seoul.

Jo says Gomes was probably inspired by Park's actions. But he says Gomes crossed into the North alone, with no help or encouragement from Jo or his group.

Posted by Grant Montgomery at 4:14 AM No comments: 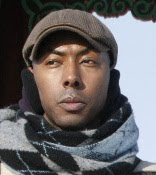 A Boston man detained in North Korea is a quiet, devout Christian, who was so concerned about American missionary Robert Park held in Pyongyang that he was moved to tears at rallies, fellow activists said yesterday.

North Korea announced earlier this week that Aijalon Mahli Gomes, 30, would stand trial after entering the country illegally. Gomes, a Boston native who graduated from Bowdoin College in Maine, had been in South Korea for several years teaching English.

It was not immediately clear why Gomes went to North Korea, allegedly on January 25th. However, activists in Seoul said he was an acquaintance of Robert Park, a fellow Christian who crossed into North Korea on Christmas Day in a bold bid to draw attention to the country’s human rights situation.

Jo Sung-rae of Pax Koreana in Seoul said Gomes, who contacted him in November about working with his rights group, met Park in Seoul last summer.

Posted by Grant Montgomery at 4:10 AM No comments:

North Korea to try US citizen for illegal entry

North Korea has announced it is to try an American citizen for illegal entry into the country, its state news agency has said.

His "crime has been confirmed", it said, but did not provide further details.

Posted by Grant Montgomery at 7:51 AM No comments:

The North Korean's note, scrawled in pen, was simple: "I want to go to South Korea. Why? To find freedom. Freedom of religion, freedom of life."

The ex-logger, on the run from North Korean authorities, handed the note over to a South Korean missionary in the Russian city of Vladivostok last week in hopes it would lead to political asylum. But a team of men grabbed him, slapped handcuffs on him and drove off. He was spirited away to the eastern port city of Nakhokda, where he is sure to be handed back over to North Korean officials and repatriated to his communist homeland, activists said in Seoul.

The 51-year-old would be the third North Korean logger in Russia in a week to make a bid for asylum. On March 9, two other North Koreans who had fled their jobs as loggers managed to get into the South Korean consulate in Vladivostok.

The arrested North Korean described the conditions as unbearable. His government took half his meager wages, while the North Korean company operating the logging camp took 35 percent. He kept just 15 percent — about $60 a month — an arrangement that rendered him "virtually a slave," he told activists.

The incidents focused attention on the precarious existence of tens of thousands of North Koreans sent by the impoverished regime to work in neighboring Russia. Russian government figures from 2007 put the number of North Korean laborers at 32,600, most of them working in logging in the remote east.

The Rev. Peter Chung, a Seoul-based activist, said there are about 40,000 North Korean loggers in Russia, but that some 10,000 of them have fled their work sites. Some are finding work as day laborers while others are in hiding as they try to map out how to win asylum in foreign diplomatic missions.

Posted by Grant Montgomery at 2:46 AM No comments: