More from U.S. Christian activist Robert Park on his torture in North Korea

Korean-American Robert Park has alleged that his North Korean interrogators tortured him.
Park reportedly admitted to committing a crime and repented. Nearly nine months after his release, and back on the Korean peninsula for a visit to Seoul, Park said the confession and contrition were extracted with force."My only regret is ... the false confession," Park told The Associated Press in an interview in Seoul. "People start to know how evil North Korea was and they know the confession was a lie. They knew the confession was false." 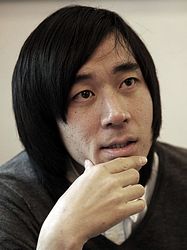 A pale-looking Park alleged he was beaten by the border guards who detained him, and that his North Korean interrogators tortured him. He said some of the abuse was sexual in nature but refused to elaborate. "What happened was very humiliating. There are damages that are maybe permanent," he said, calling the abuse "devastating."
"I struggled with suicide a great deal since I left North Korea," he said. "I almost committed suicide. Thankfully my family and friends helped me in America, and they placed me in a hospital."
By contrast, Aijalon Gomes, who reportedly was following Park's example when he crossed into North Korea, was treated "superbly," according to doctors who examined him in Boston after his release.
North Korea, long criticized for alleged human rights abuses, has been accused of carrying out public executions and maintaining an extensive network of political prison camps where torture is thought to be common. The regime is believed to house some 154,000 inmates in six gulags where beatings, rape and other sexual abuses are common, according to South Korean officials and experts.
The Telegraph
Posted by Grant Montgomery at 8:21 PM